As yet I have not really looked into the various Raitt families in England and this is something that I will get around to doing. However, a recent bit of research on Granville Clinton Raitt, born 1907 in Lymington, England who went from England to South Dakota, thence to Alberta, Canada, and finally to California, revealed that his father was Percy Clinton Raitt, a Lieutenant in the Royal Navy, born 1853 in Lymington, his grandfather was Charles Robert Raitt, an Army colonel, born in 1811 in Tenby, Wales, and his great grandfather was Charles Frederick Raitt, also an Army man, born about 1784 (possibly in Scotland.) The details of these families will be found under the page California Raitts from South Dakota. One of Charles Robert Raitt's sons Anastatius Robert William Raitt, born in 1846 in Bengewort, Worcestshire, was also in the Navy and died in South Africa in 1878.

And then we have John Raitt, Sheriff of Anne Arundel County in Maryland, also seemingly hailed from England - he died in 1758 and his details and descendants can be found under the Maryland Raitts page.

There are several other English Raitts covered on various pages of the web site - for instance, there is a family of well-known soldiering Raitts included on the Military Raitts page - where other Raitts are also given, including a naval Raitt. The chances are that at least some of these individuals and families did emanate from Scotland a long time ago. I will look into these in due course.

Two brothers, William Cyril Samuel Raitt and Arthur James Raitt, born in London in the early 1900s ended up in South Africa and the story of their travels and life is given on the South African Raitts page. Their cousin Arthur Ernest Raitt emigrated to New Zealand where his details will be found. However, their parents and close ancestors were English and I have delved a little deeper into some members of the family and I have created a separate page for them - the London Raitts. 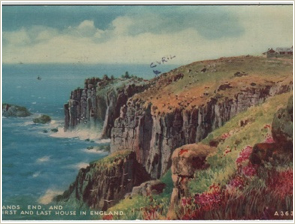