George Raitt (born 1852 in Craig, Angus) was the third child and son of William and Helen Raitt (details of the family on the Kincardineshire Raitts page). It looks as though he was the first in the family to go to Canada because he married 20 year old Margaret Scales from Kingston, Frontenac, Ontario on 15 August 1877 in Kingston – a few years before his two younger brothers made the trip. They had a son, William Granger Raitt, born 2 July 1878 in Mill Point, Hastings, Ontario. Shortly thereafter the family returned to Scotland where another son, Charles Burton Raitt, was born on New Years Day 1880. Since the family does not appear in the 1881 Scottish census, the assumption is that they had returned to Canada, although they do not seem to be in the 1881 Canadian census either, but then people living in remoter areas were not always enumerated - but it is possible they went instead to the United States.

Whether Margaret died or they were divorced is not known, however, George remarried on 27 June 1893 in San Bernadino, California. His spouse was Sarah (Sadie) E. Boyd from Nova Scotia.

James Raitt (born 4 January 1854 in Craig, Angus) was the fourth son and child of William and Helen Raitt (details of the family on the Kincardineshire Raitts page) and seems to have emigrated to Canada in 1882, with his brother Charles (see below), to Winnipeg, Manitoba. He returned to marry his wife, Christina McPherson in Liff & Beview, Angus on 13 July 1883 at the lunatic asylum where Christina was Assistant Matron. His brother Hugh was a witness. They went back to Winnipeg where their first three children were born. All the other children, except one born in Montreal. were born in Ottawa, Ontario where James died in 1942 followed by his wife in 1949. After a few years in Manitoba, the family moved to Ottawa, Ontario and then to Quebec, before moving back to Ottawa.

In the 1911 census for Wellington Ward, Ottawa, Ontario are James Raitt, 57, machinist; wife Christine, 59; and children Helena, 23; Jeannie, 22; and George, 19. Also in the household is nephew William Raitt, aged 32, born Scotland, who appears to have emigrated in 1904. Quite who this is is not known yet, though if the age 32 is correct then he is very probably the son of James’s elder brother John.

Charles Raitt (born 16 Jan 1860 in Logie Pert, Angus) was the fifth son and eighth child of William and Helen Raitt (details of the family on the Kincardineshire Raitts page) started out in Winnipeg where he married Canadian-born Lillian McLean on 23 December 1891. Lillian was born on 19 January 1869 in Richmond, Ontario and died in Penticton, British Columbia on 22 July 1962 - Charles had died on 7 May 1940 in Naramata, British Columbia. Charles seems to have emigrated in 1882, arriving in the port of Quebec on 14 June having left from Liverpool aboard the Polynesian. They are listed in the ship's manifest as Charles and James Raith, aged 23 and 27, and their occupation was given as labourer - though Charles's previous job was as an engine fitter and James was a blacksmith. Charles went on to become a master mechanic, subsequently working for Canadian Northern Rail until 1902 before moving to join other rail companies. In 1904 he was working for Atchison Topeka and Sante Fe Rail and moved to the USA where in 1908 he was in Richmond, California working for the same company. Indeed, although their first three children were also born in Winnipeg, the remainder were born in Minnesota, New Mexico and California. However, the parents at least subsequently retired to British Columbia where most of the family is buried in Naramata.

In the 1891 census for Ward 2, Winnipeg, Manitoba there is Charles Rate, 32, born Scotland, working as a steam railway machinist.

Sometime between the end of 1908 and the beginning of 1910, the family had moved from New Mexico to California, for in the 1910 census for Township 15, Contra Costa, there is Charles Raitt, 49; wife Lillian, 41; and children Charles, 11; Helen G., 8; George, 6, born California; and Lillian, 1, born California. Charles was still a master mechanic with the railroad company. The census gives the date of immigration as 1903 for Charles and his wife and Charles Jnr and Helen.

The family was still in California in the 1920 census residing in Needles Township, San Bernadino. Charles Raitt is 58, Lillian is 51 and with them are children Charles H., 21; Helen G., 18; George W., 16; Lillian M., 11; and Eleanor R., 5. Charles was still employed for the railways as a master mechanic.

Charles Raitt is recorded as having crossed the border between Canada and the United States on 24 September 1927 at St Albans, Vermont having departed Glasgow on 16 September arrived in Montreal from Glasgow on board the Metagama. He was aged 67 and a mechanic. His last address in the UK was Aberdalgie, Perthshire. He may have returned to see family for one last time (he was 67 at the time of his trip) or possibly he was attending a funeral - an Isabella Raitt died in 1927 in Crieff, Perth aged 77.

In the 1930 census, Charles, aged 70, married, and a master mechanic in the steam railroad industry was a lodger at 109 North Pleasant St, Prescott, Yavapai, Arizona.

Charles liked writing poetry and a selection of his poems over the years is to be found via the Raitt Writings page.

It appears that the family moved back to Canada (likely British Columbia) before 1930 as they do not seem to be in the US Census for that year, with the exception of husband and father Charles who was in Arizona. Indeed, George was married in Naramata, British Columbia on 12 January 1932 to a Scots girl, Agnes Turner Rushbury. Details about his family (as well as his parents and siblings) will be found on the Canadian Raitts page under British Columbia. His brother Charles served in the US Navy during World War I, returning home to California via New York in 1919. He subsequently moved to Naramata to take over his mother's fruit orchard. Some further details about him and his family will be found on the California Raitts page. 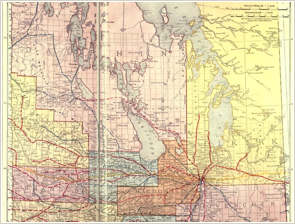 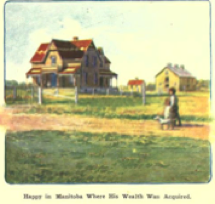 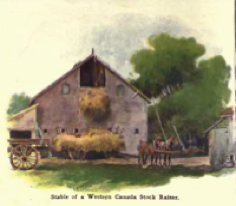 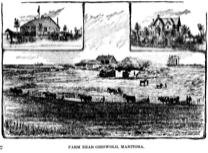 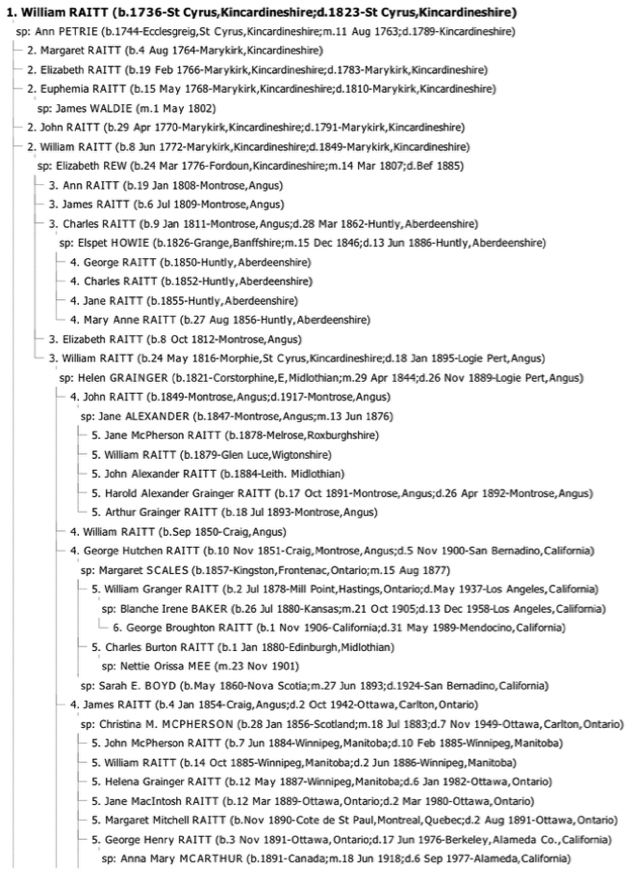 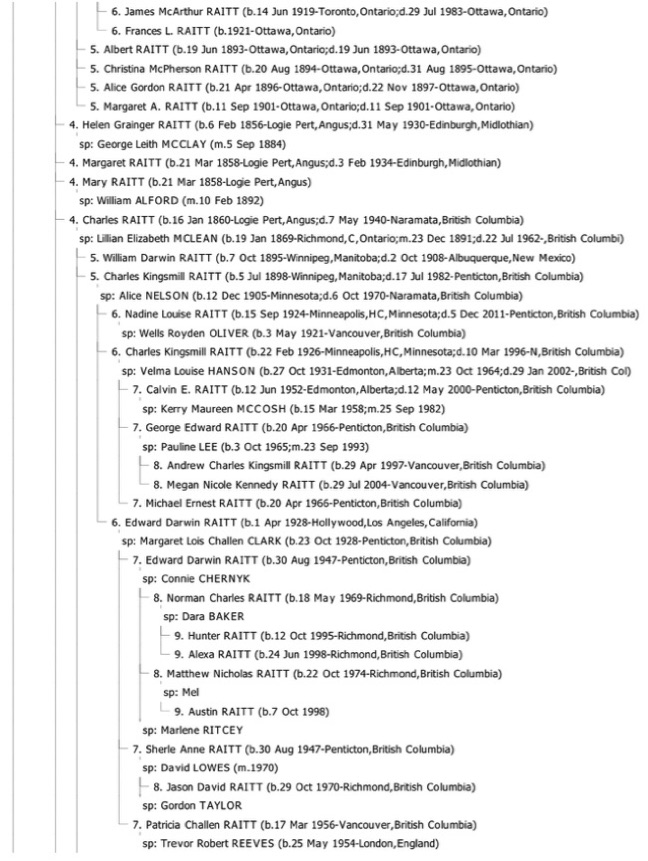 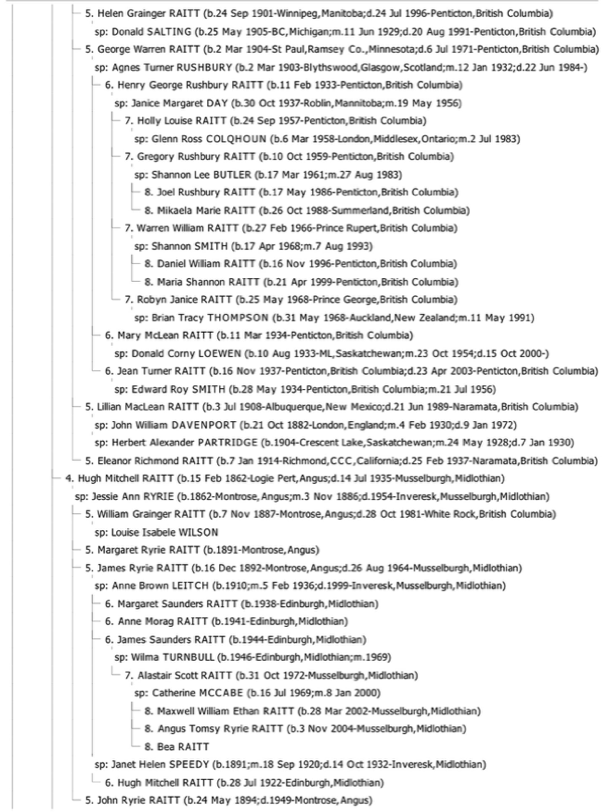 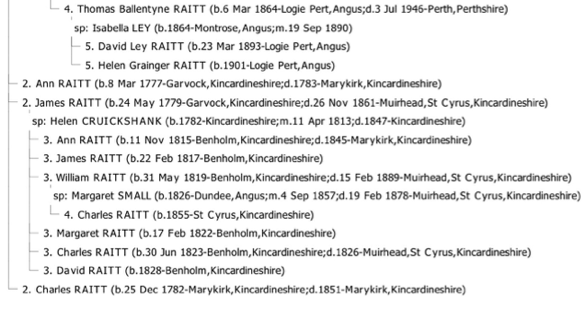 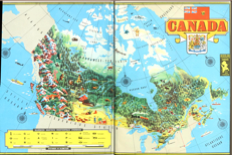 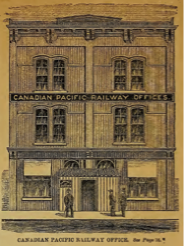 A query threw up another large family of Canadian Raitts with Scottish forebears and I have been working with members of the family to verify their ancestral roots. And unbelievably and completely coincidentally at pretty much the same time as I had opened up a dialogue with the Canadian side, I was contacted via the website by a Raitt from the self-same family – but whose ancestors chose not to emigrate, but remain in Scotland. Indeed, some of these family members are already included in the page on the Raitts in the 1841 and 1851 censuses and it is gratifying to be able to add more details about them (See under Kincardineshire Raitts.) And amazingly I have been contacted through the website from someone in South Africa who asked me to help him find his family back in Scotland. The names he provided were a bit garbled and mixed up - but I have tracked them down - and it is the same family! The details can also be found under Kincardineshire Raitts.

Although I have named this page the Manitoba Raitts because Winnipeg was where two brothers from Scotland started out their new life in Canada, it will be seen from the details below that they did not tarry too long in the province. And, indeed, a little further research threw up the fact that another brother had gone to Ontario some years before. Perhaps other siblings also went and are awaiting discovery.

The tree below does not give the complete picture of the family since I have chosen not to include the parents of non-Raitt spouses or non-Raitt children (i.e. the offspring of Raitt daughters). Much of this information can be found in Holly Raitt Colquhoun’s tree on the web which I came across while delving into this family. And, although I have given some census and other data for various individuals, this is also not a complete account of the entire family – more is being discovered almost on a daily basis and thus the information below will be updated and expanded as necessary.

The earliest members of the family are possibly William Raitt and Ann Petrie from Kincardineshire in Scotland who had eight children between 1764-1782. Son James Raitt and his family appear in the 1841 and 1851 censuses for Kincardineshire, but it is son William (born 1772) and his descendants who are chiefly of interest here. William Raitt married Elizabeth Rew in 1807 and they had five children the youngest of which, also William (born 1816), married Helen Grainger from Edinburgh in 1844 (details of the family on the Kincardineshire Raitts page). At least three of their children, George, James and Charles, set sail for Canada when they were young men – two marrying over there (one coming back to Scotland to marry), having families, and subsequently dying there too. Their younger brother Hugh apparently did not follow them (though at least one of his children did), but instead created a successful business in Musselburgh, Midlothian. More will be found on these early families on the Scottish Raitts page (under Kincardineshire) as well as the Canadian Raitts and California Raitts pages for the later families.