As is discussed elsewhere on this site, the Raitts go back quite a long way (even if they were originally called de Rathe), but with so many men with the same name (David, John, James, Alexander, William) and with spouses and parents not being listed in the birth records of early days, then it is sometimes a trifle difficult to be sure of the exact lineage. (Actually, the convention of naming sons after living fathers seems to have been introduced by the French when they brought sweeping cultural changes during the Norman period after 1066 - though there were, in our not so distant ancestors’ time,  reasonably strict traditional naming patterns where the first son was named after the father’s father; the second son after the mother’s father; and the third son after the father. The first daughter was named after the mother’s mother; the second after the father’s mother; and the third after the mother.) In addition names were used interchangeably and diminutives, pet names and abbreviations were often used and recorded. (See the piece on forename variants on the ScotlandsPeople website.)

The biography of our most likely progenitor, Sir Gervaise de Rathe, as well as several certain, probable, and possible members of his de Rathe family have been discussed under the Raitt Context. And it has been documented that the de Rathe (or Rait) family left Moray shortly after 1405 and set up residence in the Mearns (Kincardineshire) - though there is evidence of Raitts there earlier. All later Raits and Raitts (as well as other variations) are said to descend from this family. Given that, then one can assume some degree of relationships between the later Raitts. In an attempt to place as many of these early ancestors as possible I have created a list of all males bearing the name Raitt I have thus far come across.

In my research into the ancestors of my own particular family, which descends from John Raitt and Jean Meikison, I have, of course, come across several other Raitt families from the Arbroath and St Vigeans area (e.g. David Raitt and Jean Leslie; David Raitt and Isobel Rhind; David Raitt and Margaret Chapel) though I have yet to establish the precise connections with my own family, which I am certain must be there. In my own tree, as I have queried in a blog entry, does the family really descend through John Raitt, son of Thomas Raitt and Helen Hunter, or rather through the John Raitt, youngest son of David Raitt and Jean Leslie? The latter scenario fits in better with the names on the gravestones in St Vigeans churchyard and the name David has been carried forward several times, whereas Thomas has not - although his father was called David and he himself was a sailor. There are other possibilities in the frame and these I am gradually exploring.

So as well as providing details of my own tree and those of my relations, I have thought it expedient to give the details of other Raitt families in Angus, Kincardineshire, Aberdeenshire, Perthshire, as well as elsewhere (particularly Edinburgh, Glasgow, Nairn and Blairgowrie), that I have found from other sources. Some of these I have verified myself, others need further checking. Since these families were not, on the first face of it, related to me with any degree of certainty, then I have not yet spent too much time in looking more carefully into them through subscription services - particularly more recent family members. And there is a gap - the Raitts I have come across are, in the main, from Angus rather than Kincardineshire and Aberdeenshire - and they start around 1630. Thus the descendants of the de Rathes of Rait Castle, who fled from Nairn or Moray to the Mearns from 1405-1630 are not fully detailed yet - though several of these individuals are mentioned elsewhere (e.g. under Raitt Name,  Religious Raitts, Raitt Arms and Other Raitt Locations). However, we do have a record of the Raits of Hallgreen and a subsequent branch the Raits of Anniston, as well as other branches of the Hallgreen Raits in Cononsyth, Pitforthie and Inverkeilor. The descendants of the Raits of Cononsyth may be the large group of Raitts later found at Conon and Colliston. It is hoped to bring a more complete listing of other Raitt families, including those married into the Arbuthnotts in due course.

It is important to note, though, that there are many other Raitts than those covered in these pages - thus in the families and trees mentioned no attempt is made at comprehensiveness in either siblings or offspring (perhaps that is a project down the road a bit when I have exhausted all the possibilities for my own ancestors.) The ones included are those who initially I thought might have a family connection with mine.  I have provided whatever details I have come across (without always doing full searches) when it interested me to look a bit further. In some cases, I have in my master file the trees also of spouses, but they do not show up in the descendancy trees on these pages. And, of course, I am really concerned more with the male bearers of the name Raitt since the females will usually have changed their name upon marriage.

What I have also recently done is to try and map all the Raitts in the 1841 census in Scotland for Forfarshire (Angus), Kincardineshire and Aberdeenshire. This has proved an interesting exercise which has thrown up new family relationships - not necessarily for my own family - but it may prove useful for others researching their Raitt roots. Some of the families will be related to those listed. I am also gradually expanding the data to other censuses (1851 is partly there already).

So, the Scottish Raitts covered on this site fall, thus far, into four main groups: those of Nairn (i.e really the de Rathes of Rait Castle), those of Angus, those of Kincardineshire, and those from elsewhere (chiefly Midlothian and Lanarkshire at present). The Raitts from Aberdeen will be included soon. Scottish Raitts also emigrated to far away places and thus there is also coverage of various American and Canadian Raitt families, as well as others (see World Raitts) and it is hoped to include more, such as Australia, one of these days.

If readers of these pages have more complete trees and supplementary information, or indeed corrections, then I shall be pleased to add anything relevant. 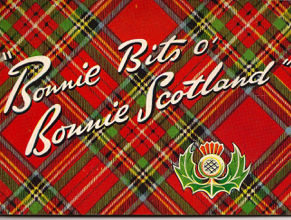 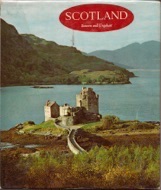 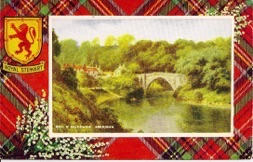 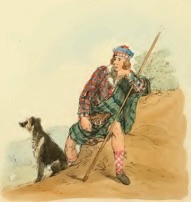